The national finals were held on 22nd July in Mumbai, in which the selected 16, played four rounds of different variations of sudokus. Rohan Rao (Mumbai) top scored with 1548 points and were closely followed by Sumit Bothra (Kolkata), Gaurav Korde (Mumbai) and Rakesh Rai (Chennai). Congratulations to the top 4 who will represent India at the World Sudoku Championship 2012, in Croatia, during the 1st week of October. 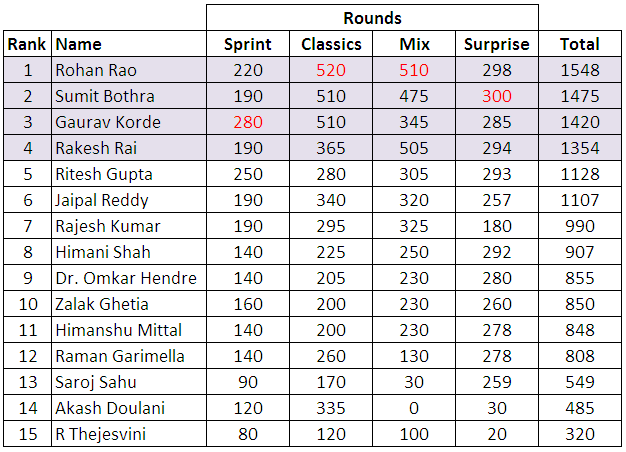